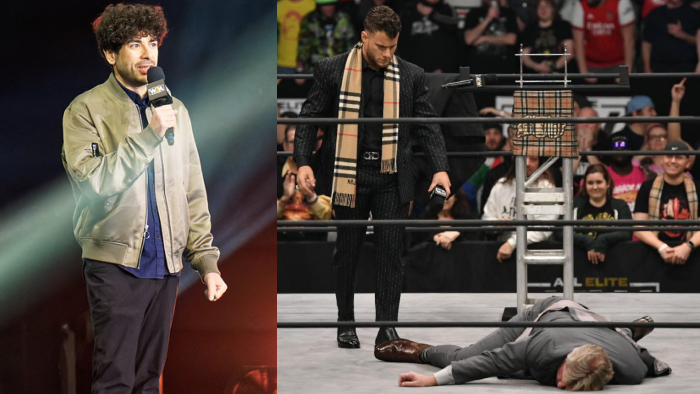 On Full Gear, William Regal helped MJF win the AEW World Title from Jon Moxley, and a week and a half later, MJF attacked William Regal and took him out of the story. According to insiders, this was William Regal’s last appearance in AEW and he may return to backstage work in WWE.

Dave Meltzer reported backstage AEW questioned Tony Khan’s booking for William Regal. An unnamed AEW wrestler said he doesn’t understand why there was so much effort put into William Regal as an important character in a world title transfer when key people in the company know he’s leaving in a few weeks. The decision proved dubious to many, especially when it was learned that William Regal was leaving the company.

However, it is expected that William Regal will play its part in MJF’s first big showdown as AEW Champion.

First title match announced at Revolution; Mark Briscoe will appear on Rampage; IMPACT and NJPW to host show and more

A big event happened in AEW on Dynamite

Cody Rhodes says The Rock match is unnecessary at WrestleMania 39